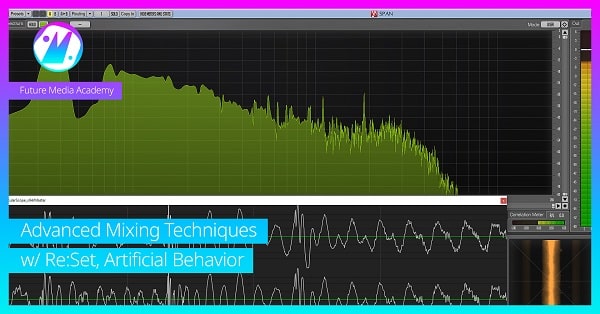 Congratulations! You’ve assembled your sounds nicely and your track is almost complete. Now… What’s next? The MIXING! Explained by Re:Set/Artificial Behavior.

Fran aka Re:Set is a music producer, sound engineer and sound designer at Hypertone Studio based in Berlin. His projects Re:Set, Artificial Behavior, Mud and Nocturnalism.

We are pleased to host Re:Set’s 3 hour mixing lesson and a Q&A of a well-produced Dark Prog track from a student of Francesco.

During the webinar Francesco will show different strategies, techniques and the philosophy behind a powerful, emotional and ready-to-use sound mixing in the post-production of a track.

Theoretical and practical aspects of the mixing process