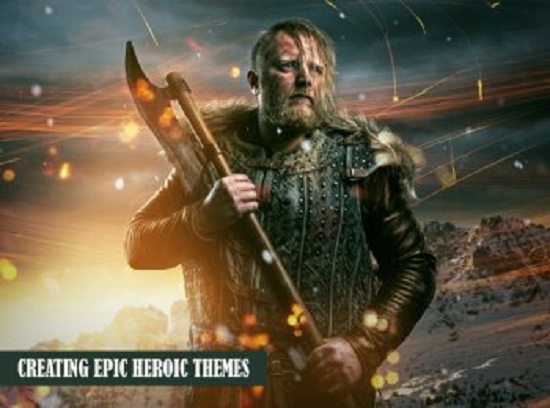 Gary starts by welcoming you and then covers what will be shown in the videos. He then goes into the instruments used, different chord progressions that invoke this kind of musical genre, and coming up with the beginning musical theme.

Next you’ll explore how to build up the rhythm parts, move your melody line across to other instruments, develop horn ensembles, orchestrate string parts, modulate the entire piece for dramatic effect and much more.

Gary then gets ready to rock, and shows you how to use electric guitar and drums to add power to the production and arrangement. Sound design and FX are then added, including synth pads, drones, and pulses, as well as orchestral swells and impacts, all making for a huge sounding composition!

Wrapping it up, you’ll get in-depth videos on adding life to the project by using reverbs, adding choirs, and tempo changes for dramatic effect. Gary then show you how to apply mix processing and utilize VCA master faders to make a mix that has punch and impact.

See the individual tutorial descriptions for more info. If you’re ready to get into film or gaming music production, this video tutorial series is a must see, as this type of musical genre is the backbone of most film or gaming productions.. Watch “Creating Epic Heroic Themes” today!