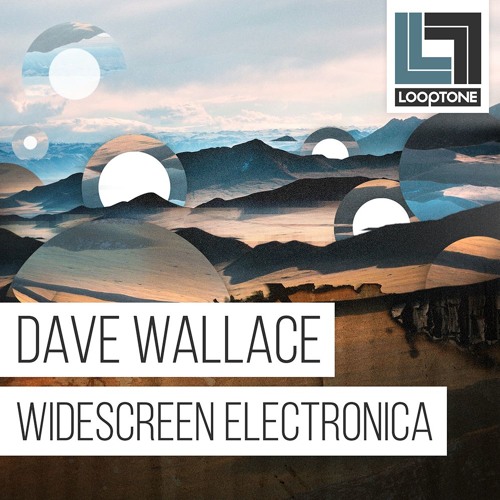 ‘Dave Wallace: Widescreen Electronica’ comes from one-third of breakbeat legends, Aquasky. This is a soul-stirring library of Cinematic loops and one-shots ideal for chilled-out productions of all kinds, from cerebral Electronica to evocative Synthwave.

Having produced Electronic music since he was a teenager, Dave Wallace signed to seminal Drum n Bass label Moving Shadow with Aquasky and as a solo artist in the mid ’90s. He’s worked under many aliases over the years, recording, producing and remixing a whole host of artists, big and small, and has travelled the globe as a DJ and performer. In that time, he’s built up an enviable and diverse collection of analogue gear, all of which has been fully exploited in the making of this, his debut soundware release, alongside some recently discovered, unreleased DAT loops that he recorded around 25 years ago, pre-Aquasky.

Weighing in at over 1 GB of drums, percussion, basses and melodics, ‘Dave Wallace: Widescreen Electronica’ is a library to lose yourself in. 50 solidly-anchored drum loops draw on vintage machines including the Roland TR-808 and 707, Yamaha RX7 and Novation Drumstation and are complemented perfectly by 37 spiky percussion loops. Meanwhile, within the pack’s vast collection of basses, leads, arps, pads and FX, you’ll hear the likes of the Nord Lead, Roland Alpha Juno, Roland SH-101 and other classic synths, all expertly programmed and recorded by Dave, with emotional impact and retro authenticity always at the top of the agenda.

Whether you’re making Stranger Things inspired Synthwave, LA-style Chillwave or beat-driven ambient, this pack’s sublime sounds have all the depth, warmth and analogue character you need.