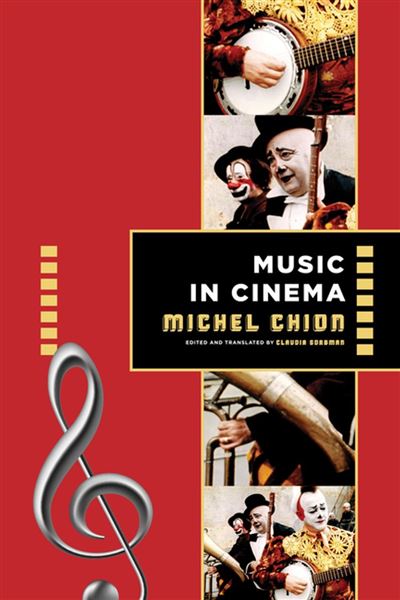 Michel Chion is renowned for his explorations of the significance of frequently overlooked elements of cinema, particularly the role of sound. In this inventive and inviting book, Chion considers how cinema has deployed music. He shows how music and film not only complement but also transform each other.

The first section of the book examines film music in historical perspective, and the second section addresses the theoretical implications of the crossover between art forms. Chion discusses a vast variety of films across eras, genres, and continents, embracing all the different genres of music that filmmakers have used to tell their stories. Beginning with live accompaniment of silent films in early movie houses, the book analyzes Al Jolson’s performance in The Jazz Singer, the zither in The Third Man, Godard’s patchwork sound editing, the synthesizer welcoming the flying saucer in Close Encounters of the Third Kind, and the Kinshasa orchestra in Felicité, among many more. Chion considers both original scores and incorporation of preexisting works, including the use and reuse of particular composers across cinematic traditions, the introduction of popular music such as jazz and rock, and directors’ attraction to atonal and dissonant music as well as musique concrète, of which he is a composer.

Wide-ranging and original, Music in Cinema offers a welcoming overview for students and general readers as well as refreshingly new and valuable perspectives for film scholars.