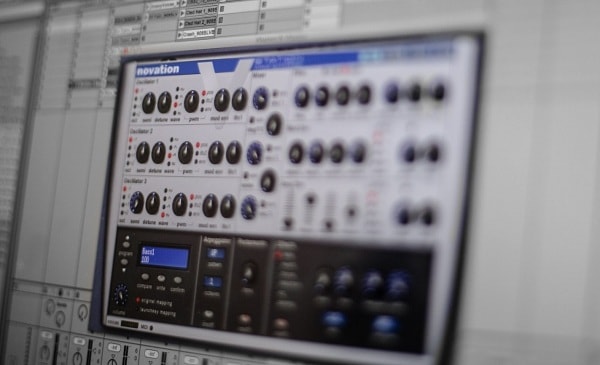 V-STATION plug-IN
The V-Station is a polyphonic soft-synth for Mac and PC. It has the same real 3-oscillator flexibility as the award winning K-Station, with powerful filters, 8-voice polyphony, simultaneous Novation FX.

Programming V-Station is simple, because all the primary controls are on the main screen. Simply recall a named factory preset, tweak it and instantly save it in any of the 400 program locations.

Arpeggiator with Sync-Lock
Play rhythmical patterns in sync with an incoming MIDI clock.