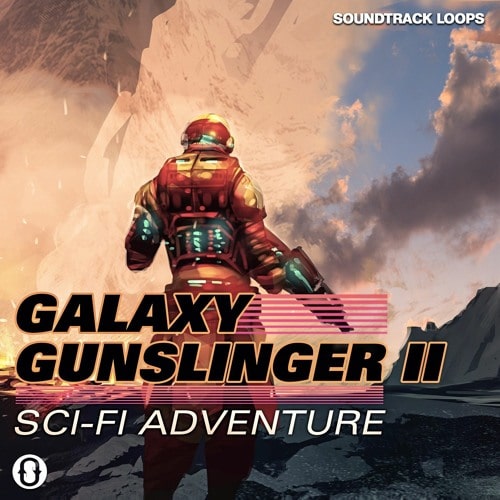 One hallmark of this collection is a simplicity that lends itself to increased flexibility; the music is rolled out in discrete, simple phrases that can work in countless ways. Point being, this collection will play well with others, so keep it handy and get eclectic with it! Where the first volume of Galaxy Gunslinger delivers big drama, Galaxy Gunslinger II: Sci-Fi Adventure takes a more understated stance, but without sacrificing either genuine drama or real tension, making it yet another Soundtrack Loops essential—well played, Belibat!

As standard practice for all loops created by the Soundtrack Loops team, Key and BPM are tagged in both metadata and file names.