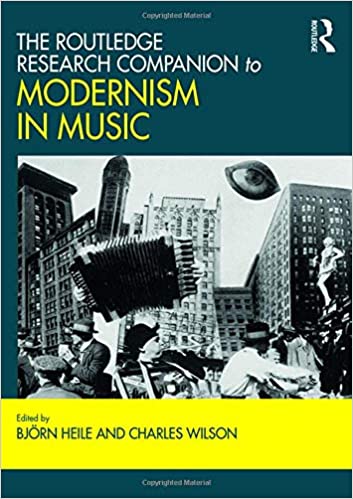 The Routledge Research Companion to Modernism in Music

Modernism in music still arouses passions and is riven by controversies. Taking root in the early decades of the twentieth century, it achieved ideological dominance for almost three decades following the Second World War, before becoming the object of widespread critique in the last two decades of the century, both from critics and composers of a postmodern persuasion and from prominent scholars associated with the ‘new musicology’. Yet these critiques have failed to dampen its ongoing resilience. The picture of modernism has considerably broadened and diversified, and has remained a pivotal focus of debate well into the twenty-first century. This Research Companion does not seek to limit what musical modernism might be. At the same time, it resists any dilution of the term that would see its indiscriminate application to practically any and all music of a certain period.

In addition to addressing issues already well established in modernist studies such as aesthetics, history, institutions, place, diaspora, cosmopolitanism, production and performance, communication technologies and the interface with postmodernism, this volume also explores topics that are less established; among them: modernism and affect, modernism and comedy, modernism versus the ‘contemporary’, and the crucial distinction between modernism in popular culture and a ‘popular modernism’, a modernism of the people. In doing so, this text seeks to define modernism in music by probing its margins as much as by restating its supposed essence.