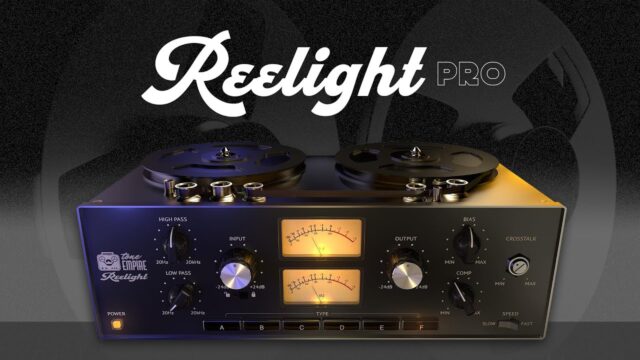 Reelight Pro is a tape saturation plugin with many features for getting an authentic tape vibe and also some of the desirable artifacts associated with tape.

The plugin authentically emulates tape saturation/compression, overall sound, and vibe. We bring you 6 tape machines at 2 speeds and various levels of sampling and modeling to get the most authentic sound possible to date!

The invention of digital audio recordings liberated sound engineers in many ways which were not possible in the analog era. Even with all the tools at one’s fingertips, musicians and engineers sorely missed the sound and sonics of earlier recordings.

The magic that the recording mediums imparted by default and one which we all took for granted.

Reelight Pro is a plugin designed to bring back the authentic tape sounds of not one, but 6 different sought Tape Machines at different speeds and levels to bring us even closer to the “reel” sound of tape.

With this plugin, you also get access to desirable parameters such as tape speed, bias, input saturation, crosstalk, and even the compression imparted by tape as separate controls! The plugin comes with a lot of presets designed to help to get you started, or design your own from scratch!