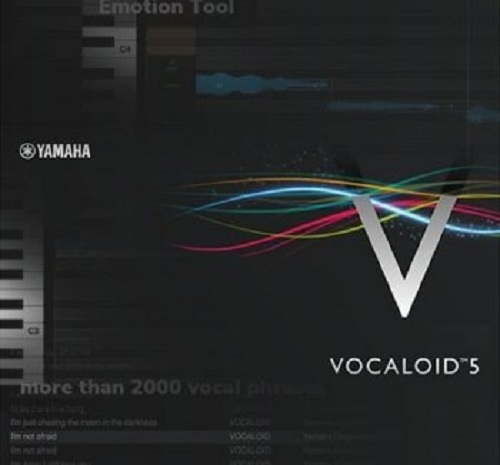 VOCALOID 5
VIRTUAL SINGERS IN YOUR COMPUTER

Virtual singers for your music production.

VOCALOID5 has 4 voicebanks (Japanese/English), over 1000 vocal phrases and over 1000 audio samples.
You can use the singing voice quickly and customize your own vocal.

Edit Vocals to Meet Your Needs
With VOCALOID5, in addition to editing lyrics and melody, you can select the new “Style” function and “Attack & Release” function presets to further adjust the emotional quality of your vocals.

VOCALOID5 has 4 voicebanks (Japanese/English), over 1000 vocal phrases and over 1000 audio samples. You can use the singing voice quickly and customize your own vocal. And MOST IMPORTANTLY, now it’s also available as VST (WIN) and AU (MAC).

VOCALOID and its succeeding versions are voice synthesizing applications that have been sold commercially since 2004. VOCALOID began from the simple concept of synthesizing the human vocals for singing. From the start this was never an easy task for the programmers behind the software, but from that beginning VOCALOID™ has grown into a worldwide phenomenon, spawning new musicians, albums, figurines and even concerts.

VOCALOID5 Editor Share Version
Support to load the original disk of Vocaloid 5 librarys without activate.
Includes: Standalone/VSTi/AUi/Rewired
If some one want to load the Libraries of VOCALOID 5, needn’t do anything,Installation it directly,The VOCALOID 5 will read it and worked.