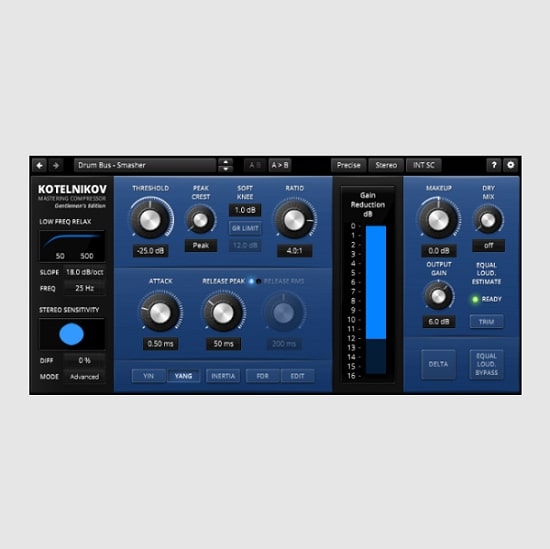 With a sonic signature best described as “stealthy”, Kotelnikov has the ability to manipulate the dynamic range by dramatic amounts, while carefully preserving the original tone, timbre and punch of a musical signal. As such, it is perfectly suited to stereo bus compression as well as other critical applications.

The “Gentleman’s Edition” (GE) adds several improvements to the standard edition’s feature set. The most obvious being an intuitive access to various equal loudness workflows, the ability to specify ratio in a frequency dependent manner, as well as a powerful sidechain high-pass filter allowing continuously variable access over slope and frequency. The Yin/Yang functions allow manipulating the harmonic pattern produced during compression, and the “insane” quality mode increases processing fidelity even further.

Kotelnikov does not try to to emulate any previously available device. The concept is a proud digital processor, it is the original!